Mahmoud Hamouda is a strategy and operations consultant at Dell Technologies. He is also the head of Dell for Entrepreneurs in Egypt. In his first oped for Wamda, Hamouda examines the life cycle journey of the Middle East’s fintech industry and what lies next for the sector.

Every new industry goes through reinvention cycles that typically start with unfulfilled needs—startups and corporates turn to innovation to fill that gap, increasing industry fragmentation. As the industry matures, the need for efficiency and scale increases, pushing the sector through consolidation.

In each stage in an industry's life cycle, there are risks and rewards for investors. In the early stages, the stakes are high. Still, investors who pick the winners realise superior gains - as startups move through the stages and start consolidating - market consolidators, such as private equity firms, step in leveraging synergies and economies of scale, with less risk to realise significant gains.

The fintech industry started attracting attention in 2014. Since then, the industry has seen steady growth worldwide except in the Middle East and North Africa (Mena) where regulatory compliance has been burdensome, and e-commerce adoption was low. However, the disruption caused by the Covid-19 crisis pushed all industries to transform and embrace the digital age. Fintech became a fundamental element for all businesses, creating an excellent opportunity for startups in Mena to satisfy the unfulfilled demand in local markets.

It is typical for new industries to be fragmented and consolidate as they mature. Graeme K. Deans, Fritz Kroeger, and Stefan Zeisel came up with the concept of the consolidation curve, which shows an industry's consolidation lifecycle.

According to the research they conducted almost a decade ago, an industry moves along four stages of consolidation, and on average, it takes 25 years to progress through the four stages. They also predicted that in the future, that cycle would move quicker.

In the first half of 2021, the fintech sector in Mena saw more than 50 deals and more than $300 million in funding, accounting for 31 per cent of the total deals. These investments essentially decrease market concentration and increase market fragmentation. But not all fintech subsectors move at the same speed, some are in front while others are behind. 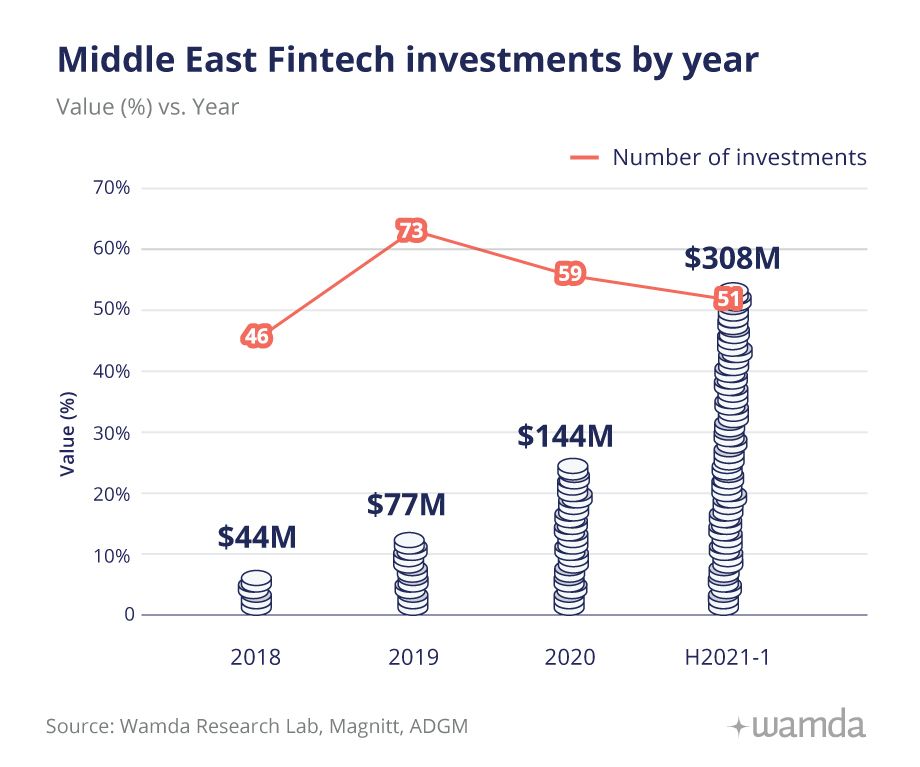 The pandemic accelerated the demand for fintech services, putting fintech funding in the Mena in the first half of 2021 at double the total funding in 2020. Deals also increased. The number of deals in the first half of 2021 exceeds all the deals in 2020. The result is a more expensive investment, with the average value per deal more than doubling in 2021 compared to 2020. 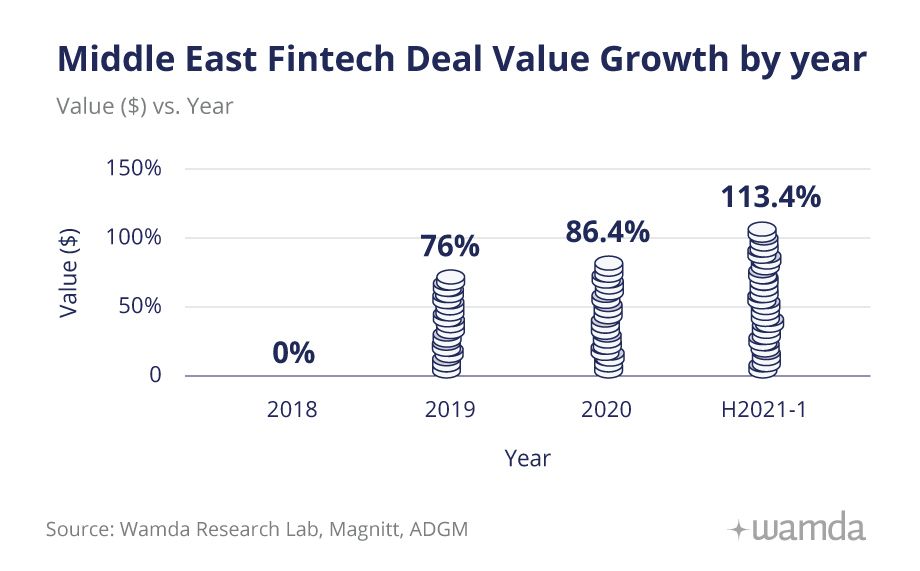 The fundamental question then becomes, will it take the fintech industry in Mena 25 years to go into consolidation mode?

To answer that question, let us look at the payments sub-industry. Standard & Poor’s Global divides the fintech sector into nine subsectors. Payment processing is the most mature subsector in Mena’s fintech market today. More local players are getting into the market every day, driving market concentration down and positioning the subsegment well into the opening stage.

On the other hand, the impact of the global players on the Mena market is limited, primarily due to the lower contribution of international players in the local markets.

With valuations skyrocketing, it is becoming very desirable for startups but less to investors, pushing investors to look deeper for differentiation, driving startups to run more efficiently, and moving the payment processing sub-industry quicker through the stages toward consolidation.

The fintech market in the Middle East is in the opening stage but quickly moving into the focus. Not before long, it will move into consolidation. With the right private equity players in the market, consolidation can mean better results for the consumers across the fintech sub-industry.

Vendors like US-based players PayPal, Fiserv, Global Payments, FIS, Square, Stripe, and others had tried to get into the Mena market. Still, adoption here remains challenging because of the lack of focus and the unease of doing business in some countries.

However, as international markets mature and Mena countries improve the ease of doing business, global players will play a more significant role in the region’s fintech markets. Today, there is no player big enough to fend off an offensive from one of the international players.

The fintech market in the Middle East has opened up very quickly, and with the amount of funding out there today, it might be a while until the industry starts to consolidate. However, with the new interest and investments of companies like Stripe making moves in the region, it might accelerate the industry's progress along the journey.