When Uber acquired Careem in March 2019 for $3.1 billion, the exit was significant not only for the size of the deal, but for its ripple effect on the wider ecosystem. Over these past couple of years, we have seen a proliferation of new startups emerge across the region, founded by former employees of Careem.

Now called the Careem Mafia, or as some call it, the Careem Cartel, it resembles the PayPal Mafia, the group of former employees and founders of the digital payment company, who went onto become some of the most influential entrepreneurs and investors in Silicon Valley. The PayPal alumni, which includes Peter Theil, Elon Musk and Reid Hoffman, went onto found Palantir, Tesla, Linkedin, Youtube, Yelp and Square. Even as investors their impact has been substantial, backing most of the unicorns in Silicon Valley and making more than 1000 investments to date.

Careem’s exit generated wealth for many of its employees, co-founders Mudassir Sheikha and Magnus Olsson themselves gained a large infusion of funds and both have become investors. Where the Middle East wealth generation relies mostly on inheritance or family businesses, Careem’s exit demonstrated an alternative way to create value and has inspired many to pursue their own entrepreneurship journey. 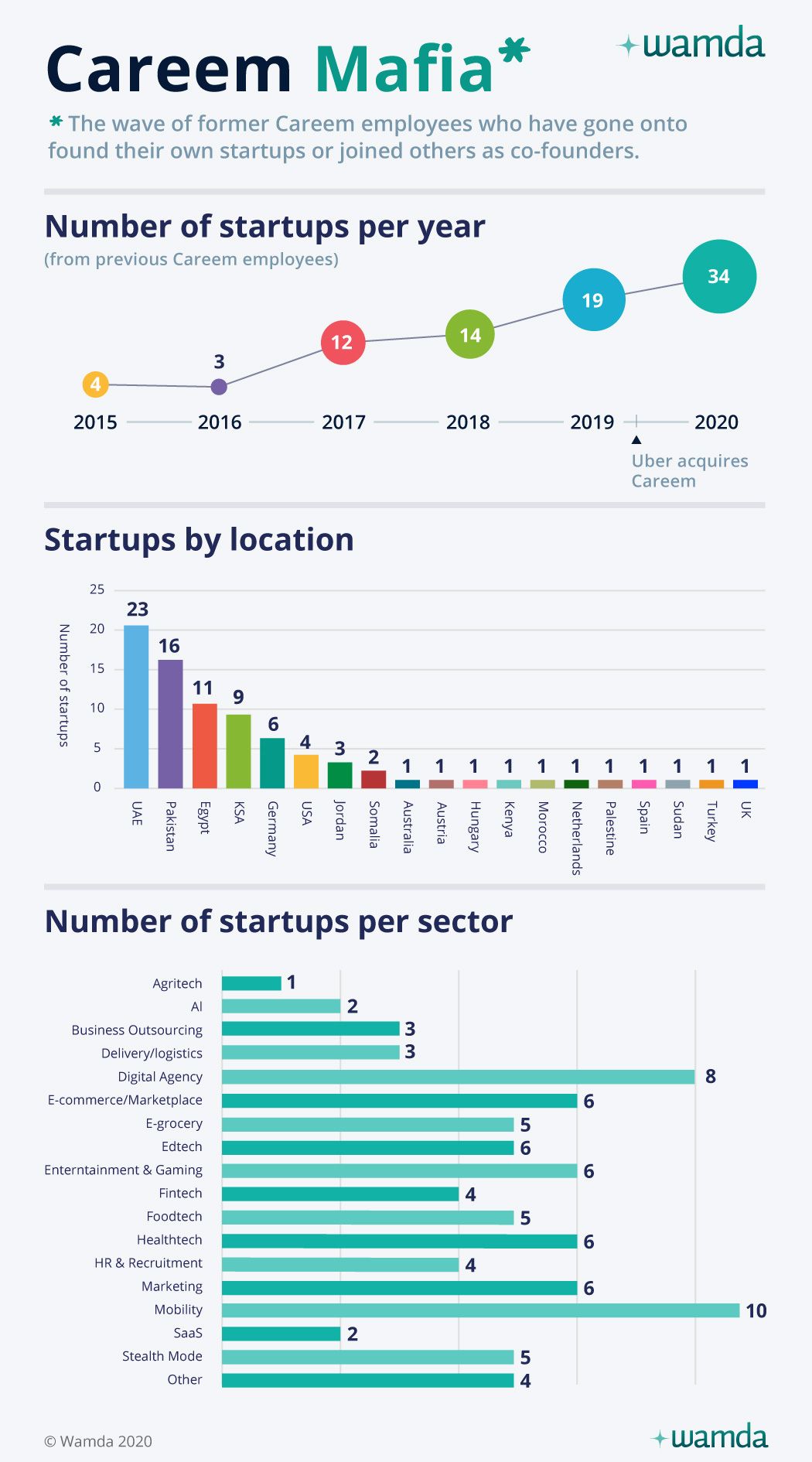 The company served as a fantastic training centre, a place for its workers to develop the skills required to found their own startups – navigating difficult regulations, launching in countries with poor or little infrastructure, flexibility in solving solutions and digitising efforts. Careem’s culture is embedded with innovation and such an environment encourages employees to go out and innovate themselves or do the same for other startups. So far this year 34 new startups have emerged, built by the Careem Mafia, most are focused on the mobility sector, but there several in e-commerce, marketing, fintech and edtech.

Most of these startups are also based in the UAE, where Careem has its headquarters, but the Mafia’s reach extends throughout the world including to Somalia and Australia. Over the next few years we are likely to see more Careem graduates starting their own businesses, taking the region to the next level of innovation and creating new jobs, and new wealth along the way.

We collated this data from the Linkedin profiles of former employees of Careem.