The UAE’s SME sector is thriving.

According to data from the UAE’s Ministry of Economy, these businesses contribute to between 40 to 46 percent of nominal GDP in Dubai alone, and more than 60 percent of the UAE’s GDP.

Considering they also provide around 86 percent of all private sector employment, it’s hardly surprising that SMEs are big business in the country, particularly for free zones. But for those starting out, which free zones are the most suitable out of the 36 currently in existence?

We went searching for the most competitive deals.

Founded in 2002, Dubai Multi Commodities Centre is arguably one of the UAE’s best-known free zones, not to mention one of the most recognized at the moment. In 2014, it was named the Middle East’s best free zone by FDI Intelligence, and last year it picked up the same accolade. But that’s not all; DMCC was also crowned the best free zone in the world for 2015. As of the latest figures available, DMCC – which is based in the Jumeirah Lake Towers area – is home to an estimated 10,000 companies and more than 85,000 employees, with 70 percent of tenants being SMEs.

Best for? Any type of business. DMCC hosts a variety of companies, including InfoPod, RAB Entertainment and Scafa Culinary and Finishing Arts Training School.

According to DMCC’s latest price list, initial startup costs include an annual license fee of 20,010 dirhams, plus a flexi-desk lease of 17,610 dirhams. One-off charges include pre-approval (1,000 dirhams), registration (9,010 dirhams) and a memorandum of association of 2,010 dirhams. Residence visa (per person) is 3,300 dirhams, which is payable every three years. A 3,000 dirhams refundable deposit is also required. Also worth noting is that the minimum capital required to be shown in your business’s bank account is 50,000 dirhams.

For startups Astrolabs Dubai promises discounts of up to 35,000 dirhams if you apply through them. 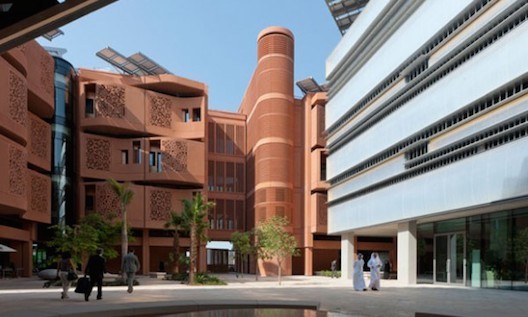 Established in 2006, Abu Dhabi’s Masdar free zone focuses on enterprises that have some connection to the renewable energy or sustainable technology industries. It’s a wholly owned subsidiary of the government-owned Mubadala Development Company.

Benefits: 100 percent foreign ownership; quick and easy set-up with a ‘One-Stop Shop’ for all processes; company facilities that promote sustainability, plus close proximity to Abu Dhabi International Airport, which is useful for those who need to travel a lot for work.

According to Masdar’s latest price list, the initial startup costs include an annual license fee of 10,000 dirhams plus a flexi-desk lease of 13,500 dirhams. Residence visa (per person) starts from 3,300 dirhams, which is payable every three years. Other charges may apply.

Named after the geographical co-ordinates of the UAE capital, TwoFour54 has positioned itself as a center for media and entertainment content creation.

Inquiring about a small content company, we were told that initial startup costs include an annual license fee of 10,000 dirhams plus a registration fee of 2,500 dirhams, PO Box registration of 1,250 dirhams and 3,300 dirhams per visa. A flexi-desk lease in the first year in 30,000 dirhams, and is only renewed the following year subject to approval.

Want to freelance instead? It’s worth noting that TwoFour54 offers a brilliant freelancer license option starting from 1,250 dirhams for six months or 2,500 dirhams for 12 months. Visa sponsorship fee for non-GCC nationals is approximately 3,300 dirhams. 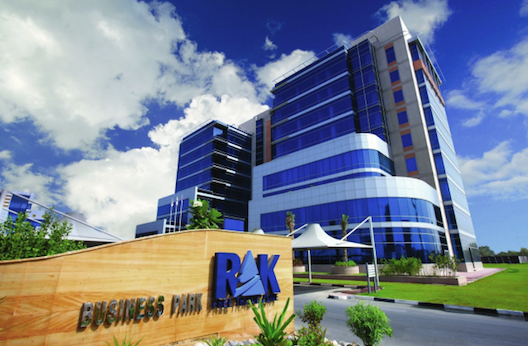 Established in 2000, RAK FTZ hosts more than 8,600 companies that represent over 50 industry sectors.

Best for? Any type of business. RAK FTZ is home to four zones: Business Park (for corporate and business offices), Industrial Park (for industrial and heavy manufacturing), Technology Park (for trading and light manufacturing) and Academic Zone (for educational institutions).

According to RAKFTZ ’s latest price list, the initial startup costs include an annual license fee of 3,650 dirhams, plus a flexi-desk lease of 12,500 dirhams. Visas are 4,900 dirhams per person. Other charges may apply. 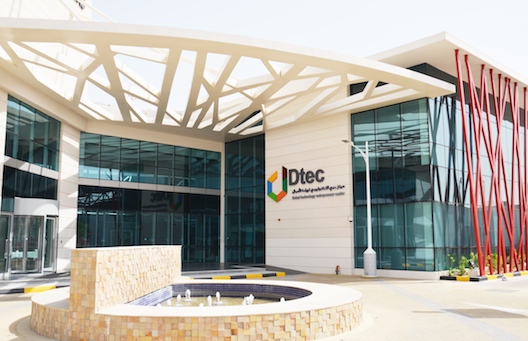 One of the rising free zones of the UAE, the Dubai Technology Entrepreneurship Centre (DTEC) is a startup hub aimed at supporting young technology companies by providing the best value for money for those who lack initial capital.

Best for? Companies specializing in technology, and discounts are given to those who support or benefit the country’s Islamic economy in their activities. DTEC companies include Miella, DM World and Seez App.

Benefits: 100 percent foreign ownership, a one-stop shop for registration, government relations and visa processing – a lot of which can be done online – brand new working business clusters, and networking events.

Much like Ras Al Khaimah, Fujairah Free Zone is also used by a wide variety of companies, and set up costs are very competitive.

According to Fujairah free zone’s latest price list, the initial startup costs include an annual flexi-desk and license fee of 15,000 dirhams, one-time charges of 5,800 dirhams and 3,300 dirhams per residency visa. A refundable security deposit of 10,000 dirhams is also required.