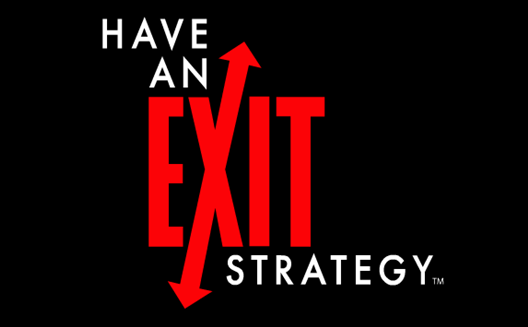 Investment activity is slowly heating up in Egypt and as a result entrepreneurs, especially those looking to raise funding, need to start thinking about exit strategies.

In the past three months, 85 percent of electronic payments platform Fawry was sold for $100 million to a consortium of three international investors and in fundraising, ecommerce website Yaoota raised $2.7 million. 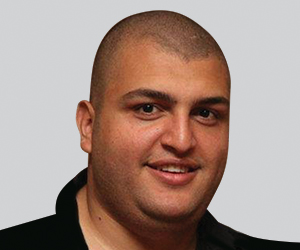 The first two are strategic acquisitions: straight takeovers and aqui-hires.

“I advise startups to not give in to this [second] kind of negotiation.”

The third ‘acquisition’ is an initial public offering (IPO). Sharara said this was difficult for startups in Egypt because Nile Stock Exchange officials were not aware of the potential in the new sectors entrepreneurs tend to operate in.

“Acquisition [as an exit strategy] can be the most common method for growth, and the best for entrepreneurs and their startups.”

According to a report by UAE-based Aliqtisadi, Egypt tops the list of the most attractive destinations for foreign direct investment (FDI) among African countries, and net FDI flows into Egypt hit about $2.7 billion between December 2014 and July 2015 thanks to gigantic projects like the new Suez Canal and proposed new capital of Egypt.

The sectors where startups are active and are most likely to attract international investors were the ones in “telecommunications, and those that rely on solar energy, renewable energy, as well as agricultural, tourism and healthcare projects”, Sharara said.

“I wish the Egyptian government [would pay] as much attention to SMEs as it does for large economic projects like the Suez Canal project and the Toshka project,”  he told Wamda. “This would help in pushing the Egyptian economic crisis forward, and in creating job opportunities and boosting the national GDP.”

You don’t need to exit

But being acquired or selling down stock are not the only options for startups.

The main goal must be to expand the service or product into the “golden pyramid” of Egypt, Saudi Arabia and the UAE.

But for those who are approached by a prospective suitor, Abdelmeguid stresses two things: think about the company’s “financial evaluation” and don’t neglect the importance of maintaining voting rights that surpass those of the acquiring company. 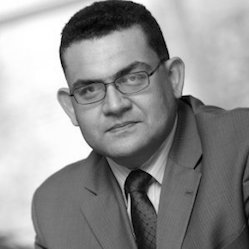 Wael Amin, founder of ITworx and partner in Sawari Ventures (left), agrees with Abelmeguid on the importance of maintaining the right to manage their company’s goals. But he also warned that focusing on an exit was less important than making sure the fundamentals of the business were sound.

“Founders should not overvalue their company if they don’t have expectations in achieving sustainability and thus don’t have plenty of exit or acquisition deals ahead,” he said.

“When entrepreneurs care only about their acquisition deals, their ventures will become a burden they want to get rid of. But if they focus on developing their project, it will be a much better way for quick and solid success.”

But if you do want to exit, think about it from the start 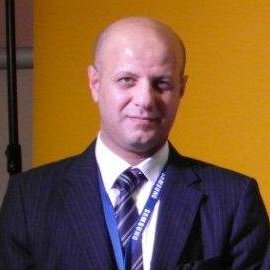 Raising money, particularly from a venture capital firm, means that at some stage in the future the investor will sell out of the company. This means having shareholders who also want the best for the business.

Amin stressed that finding the right investor for the right stage of the business was critical.

“Ventures that are still in the idea phase must apply to accelerators and incubators,” he said. “If their business model grows, then they seek an investor willing to take a risk, and then in the third stage they consider acquisition or exiting, after their business model had acquired enough to attract big companies.”

“In Sawari Ventures we accept companies that have surpassed the million-dollar-a-year profit [level], which means that we always want companies that can handle the responsibility of a big investment that can sometimes reach up to $4 million.”

The foundations for an acquisition start early

For startups looking for or negotiating a takeover, credibility during the early stages of the business was important, said Oteena founder Waleed Khalil.

“Exit and acquisition deals come after years of hard work on building every detail of the company. The strategy needed to get to this stage must be decided upon early on.”

That strategy would help prevent some of the negative aspects of the Egyptian ecosystem from influencing any deal, Khalil said.

“The entrepreneurial climate in Egypt is, to a large extent, affected by emotions which can often reflect negatively on the ecosystem, especially [when] cofounder are friends or relatives. This can become evident when negotiating with investors, where entrepreneurs often over value their companies, which makes them lose their credibility.”

On the other hand, entrepreneurs must flex their muscles when faced with crises, and not be afraid to admit to any change in expenses, as this will only make investors trust them more, as opposed to losing trust.

“Building a solid five-year business plan with the help of a specialist would no doubt end with the negotiations going in favor for the entrepreneur.”