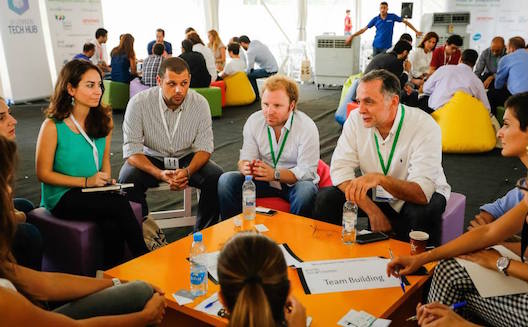 The event caps a year of evolution and growth for Wamda’s regional Mix N’ Mentor series, and takes place in one of MENA’s most desirable markets.

Mentorship sessions are at the core of the event, where critical subjects will be addressed and entrepreneurs will be matched with mentors based on their profiles and needs.

Workshops are tailored to the needs and expectations of entrepreneurs who register. Subjects covered include branding and positioning, user acquisition, term sheets do’s and don’ts, and public speaking. 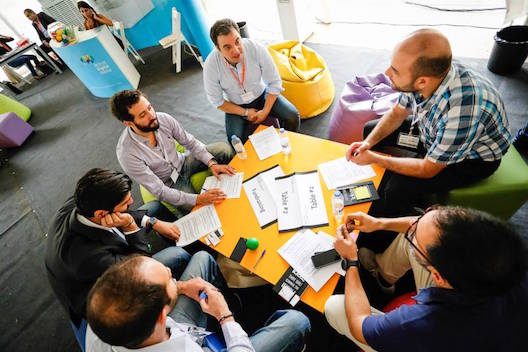 Mix N’ Mentor’s 2015 Roadshow began in February in Cairo, capital of the largest market in MENA.

The launch of the Marketplace Edition in Amman gave entrepreneurs the opportunity to pitch their startups directly to corporates. Mix N’ Mentor Beirut further confirmed the importance of this addition to the attendees.

Furthering Wamda’s mission to accelerate the MENA startup ecosystem, the Nuwait edition took place in Kuwait for the first time in October, in conjunction with the Kuwaiti National Fund for SME Development.

Considering the UAE’s incredible support for tech entrepreneurs and startups, we can’t think of a more fitting place than Dubai in which to wind down this year’s Mix N’ Mentor series.

One year into its smart cities initiative, Dubai is at a pivotal time in the UAE’s development as a regional tech powerhouse. The city played host to some of the world’s brightest and most progressive minds at a number of tech conferences this year, and is getting ready to host General Electric’s Minds  + Machines big data conference. And Abu Dhabi’s Masdar City is home to GE’s Ecomagination Centre, which focuses on cutting-edge energy and cleantech research.

Among our several partners, Aramex will lend its support as a CER partner, online payment gateway Payfort is a Roadshow partner, and PayPal is on board as a city sponsor.

We hope to see you there!