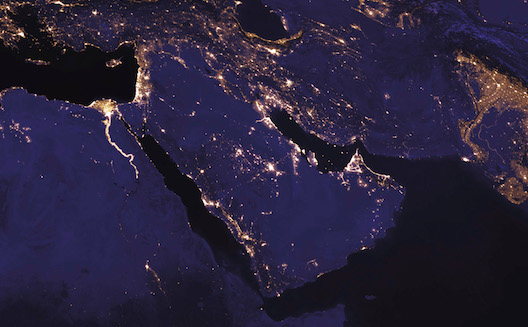 Wamda Capital  announced today the launch of its regional growth stage $75 million investment fund, Wamda MENA Ventures I. The Fund, the largest of its kind in the MENA region to date, has just completed its first close with leading regional and international investors including the International Finance Corporation (IFC) a member of the World Bank Group, the Abraaj Group, Crescent Enterprises and Zain Group.

With the launch of the Fund, Wamda Capital is poised to be the MENA region’s premier venture capital firm, with investment teams on the ground in the region’s innovation capitals in Dubai, Amman, Beirut, and with a planned presence in Cairo.

Building on the success of the investment team’s seed stage investment vehicle Mena Venture Investments (MVI), the largest regional seed stage investment fund, the principals of Wamda Capital recognized the critical need for growth stage financing to address an emerging equity funding gap faced by entrepreneurs in the MENA region. Supported by the findings of the Wamda Research Lab’s 2014 report, which found that 76 percent of investments in Lebanon, Jordan and Egypt, were below $500,000 and 68 percent never received any follow-on funding, Wamda Capital’s team has long understood that lack of financing inhibits scalable companies from unlocking the market potential and otherwise becoming regional and global innovators.

The Fund’s core strategy is to target investments in high growth tech startups led by exceptional entrepreneurs -leaders in their markets.

Key to its ability to offer the best support to its portfolio, Wamda Capital will provide ongoing and in-depth strategic support, access to lucrative markets in the GCC through unique partnership programs, and in-depth subject matter expertise in key segments such as ecommerce enablers and market places, digital content, fintech and B2B e-offerings. 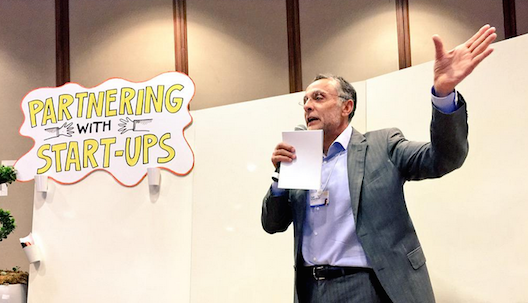 Fadi Ghandour on the benefits of corporate entrepreneurship responsibility.

Wamda Capital’s investment team has broad experience, each having been deeply involved in building entrepreneurial companies. And at the heart of the operation is Fadi Ghandour, founder of Aramex and an instrumental leader in the continuing development of MENA’s startup ecosystem. He is supported by three partners: Khaled Talhouni, Walid Faza and Lana Alamat.

Ghandour’s experience in the region’s investment sector is far reaching; he was one of the founding investors of Maktoob, the biggest technology startup exit of its time in the MENA region. He has also worked to align participants in the region’s still nascent entrepreneurship ecosystem, such as Endeavor, Injaz, Oasis500 and others, while also funding and scaling startups and establishing an entrepreneurship platforms with impact beyond funding. 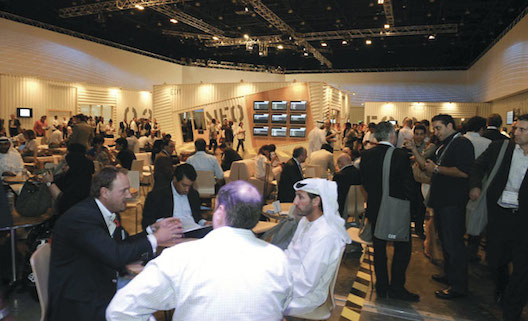 Dubai's Celebration of Entrepreneurship in 2010 saw the launch of Wamda.

The Wamda platform, launched during the Celebration of Entrepreneurship in 2010, has since been the base for the team’s reach into the ecosystem. Working to enable the MENA entrepreneurship ecosystem, they do so through four divisions: an entrepreneurship-focused media outlet for the Arab world; programs and community events that include mentorship sessions and workshops; a research lab; and corporate engagement programs that assist and catalyze the private sector to support entrepreneurship. Habib Haddad, co-founder and CEO of Wamda’s Platform, will be engaged with Wamda Capital as a Venture Partner.

“The tech sector is being fuelled by rising demand and has the potential to drive development, employment and innovation across the region,” says Ghandour. “We have been working with tech entrepreneurs from the very early stages of this industry and will be continuing our journey.” Working through the Fund to complete the cycle to maturity, starting from early stage investing, to growth, Wamda Capital will be looking to scale startups beyond MENA borders, and create successful exists. He adds: “We are at the cusp of an incredible phase of growth in the MENA region’s tech sector.”

Wamda Capital is launching the Fund with investments in two companies:

News Group International- specialized in the sourcing, distributing, creating, monitoring and analyzing news content in the emerging markets of MENA, and the Indian sub-continent.