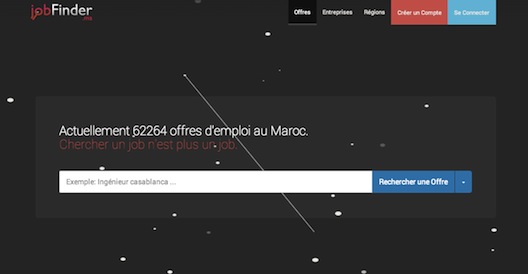 Zak el Fassi is an unusual entrepreneur. He’s never sent me a press release, nor pitched me his project during startup events. But I keep hearing about his products from his peers who acclaim their quality and traction.

So last month, when new updates made his website JobFinder.ma the subject of so many tweets, Facebook posts, and emails, it was high time I sat down with El Fassi.

In 2012, this former Google employee decided to dedicate himself to his passion: improving everyday lives. He started Zaigood, an incubator whose goal is to develop products without any commercial objective along both short and middle term timeframes. To fund this research, the Zaigood team devotes only 20% of its time to clients; the rest of the time it conducts its own pursuits. This unusual business model finds roots in two things El Fassi favors: a long-term vision, and creating value rather than money. “Money has always been secondary to me,” he says. 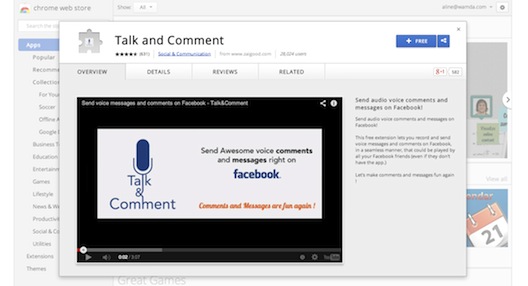 Zaigood has already launched four projects. Two are Chrome extensions: Libertweet, which enables users to post longer tweets, and Talk and Comment, which enables users to post audio comments on Facebook, and which had no less than 28,000 users less than a month after it went live. In a different style, Zaigood launched Send.ma, a paid email service that allows Moroccans dealing with large users base to send newsletters, using a client that is more simple and cheaper than MailChimp, and which accepts payment in dirhams. The fourth one is JobFinder.ma.

JobFinder.ma is a search engine for job offers in Morocco that El Fassi developed in three weeks as a side project. Once JobFinder was live in September 2013, Zak decided to move on to other projects, and to leave the search engine in its current state.

But in March 2014, the number of visitors using JobFinder led El Fassi to reconsider his initial position; maybe the website was worth developing after all. At that time, JobFinder.ma had a major problem: user retention was low because users had no reason to come back, and the site wasn't programmed to collect user data. El Fassi starts his enhancement by offering users the option of receiving a weekly newsletter with customized job offers. Given the success of this new feature, El Fassi decided to continue adding new features. Now the website, which remains totally free, enables users to send resumes anonymously, and to create a list of favorite offers. 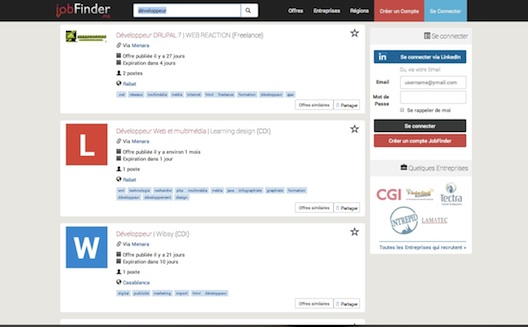 The website will get a major overhaul soon with the launch of a business offer, which will let recruiters post their job offers directly and let JobFinder go from search engine to content creator platform. This offer should allow companies to post profiles, track applications, and to search through all resumes uploaded to the website.

In order to keep the other job listing sites happy, as well as offer the best service possible, JobFinder will also implement a broadcasting system allowing recruiters to post their offers simultaneously on JobFinder.ma and on partner websites, which could be LinkedIn, Viadeo (#2 to Linkedin worldwide), and other Moroccan recruitment websites.

For now, JobFinder doesn’t have a revenue model, admits El Fassi; this will come later, in a few years, when the user base is big enough.

In such a competitive market, it’s easy to wonder if yet another recruitment website can make it. El Fassi strongly believes that users will turn to the website with the best UX and search engine. We’ll see in a few months if a product advantage can win over a first mover advantage.