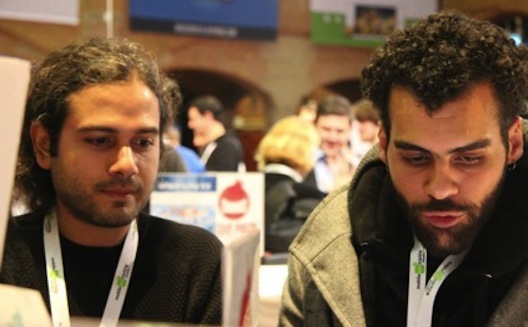 Over the past few months, I’ve heard numerous stories from game developers in the Arab world and across Europe looking to target regional consumers: all have been faced with a lack of distributors, especially in the mobile gaming space. A few companies, like Maysalward in Jordan, have been successful in partnering with foreign developers for popular titles like ShaqDown, using their expertise to localize the game.

But for the vast majority, local distribution is a challenge. Many developers see the regional market as a gamble, hedging their bets by spending less time on one title for the sake of cranking out as many games as possible.

Perhaps a little international exposure is just what a startup from the region needs to create a viral game. Enter Lebanese startup Abjatron.

After traveling to Amsterdam to get acquainted with the European gaming ecosystem, Lebanese game developer Paul Atme, previously of Wixel Studios, is throwing his full weight behind his new game Upworld, which launched on March 6th.

The block-stacking challenge is the first title from Atme’s startup Abjatron, which is riding high after having won first prize at the Netherlands Game Award at AltCity in Beirut back in November. Sponsored by the Dutch Embassy in Beirut, teams competed at the event with fresh game ideas, highlighting their individual skills. 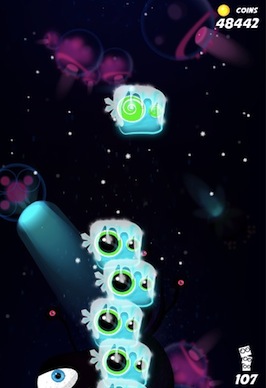 At the awards ceremony, the top prize went to Atme and cofounder Michel Ayoub for an early version of Upworld, leading to their game’s selection as one of the 100 games to participate in Casual Connect’s Indie Prize competition.

In February, they also participated in a delegation of Lebanese game developers who went to Amsterdam to meet major players in the European gaming space, share their visions, and learn about the challenges and opportunities in global indie game development. “It was a mind-expanding experience,” says Atme. “We got the chance to meet the best people in the industry and had the pleasure of discussing our vision and to learn how they... work on a community level to push this industry forward.”

Abjatron’s Upworld tasks players with dropping bricks onto a swaying tower without toppling their entire building. The model is familiar but the fun design and sound effects make it addictive. The free game is interspersed with bonus levels offering alternative gameplay challenges and also allows you to see your friend’s towers in the background of your own screen. When you build a taller structure than they do, a push notification taunts them to build higher.

Although the title is only available on Android, the team is planning to launch on iOS in the coming month, monetizing via ads in an attempt to draw users with free gameplay.

Getting the word out

With all of its local endorsement and international exposure, why has Upworld only seen a mere 1,000 downloads since its launch four months ago? The answer may lie in a struggle that others in the region have also faced: knowledgeable game marketers.

Abjatron first hunted for a distributor nearby, to no avail. Many marketing firms in the region lack expertise in mobile, particularly in gaming, says Atme. To address this, Atme calls for local universities to increase educational opportunities for developers, designers, and marketers specifically interested in gaming.

To fill the regional marketing void, the duo has looked internationally, running into high costs – a major obstacle for the self-funded company. While they originally thought they could market the game themselves, Atme now expressed a bit of regret for not making the investment in an outside firm as the game’s downloads have leveled off.

Despite the challenges, Atme remains a firm believer in the power of independent development to make something great. “Do your research, learn a lot, study a lot. Stay up to date on every new game that’s released. Focus on your personal development and you can make it,” he says. “This industry is very rich, unique, and challenging; you can make it on your own but it takes trial and error.”

Abjatron has a few new ideas up its sleeve, but only time will tell if the indie spirit can overcome distribution challenges. In a nod to Rovio’s wild success Angry Birds, he adds, “Every successful game is chained to 51 failed attempts.”