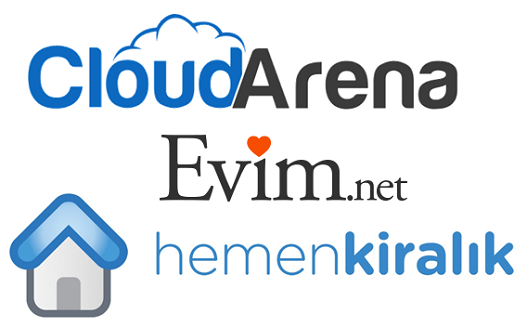 CloudArena, an international Software as a Service (SaaS) solution for hotel and travel agency management, was founded in late 2011 by Ali Beklen, Arden Agopyan and Tolga Yalçınkaya. In the last 6 months, the company has boosted online presence and sales for more than 1,250 properties in more than 80 cities in over 30 countries.

When Wamda previously spoke with the team at Webrazzi last year, they noted their hope to begin targeting the Arab world; this investment will spur that expansion, supporting new software translation, marketing, and hiring new sales teams in international markets.

HemenKiralik, which operates like an AirBnb for Turkey, has reached over 20,000 listings (25% of which are international). It was founded in 2011 and is now hoping to expand in the Arab region, Eastern Europe and Russia, after seeing a signiificant number of Arab, Russian, and European customers flocking to the site to rent in Turkey.

One of the founders is currently in Tunisia and will be traveling the region to identify new partners and build their physical presence in both the Arab world and Russia simultaneously, while working to solve payment issues in both markets.

Localizing popular global models in the Turkish market has become a trend over the past decade, the most notable success being Yemeksepeti, which launched in 2001 and raised $44 million last year from General Atlantic and Endeavor Catalyst. While the online food delivery company could hardly be called a clone, it followed a similar model to Seamless Web, which launched in the U.S. in 1999. Its success now resounds in the Turkish ecosystem.

The new generation of localized models like HemenKiralik and Evim.net look to tap into the same opportunity, says 212 Ltd. Vice President Dilek Dayinlarli. “The Turkish market is really nascent, it’s really empty but it has a lot of opportunity." Cloning might be one option for tackling the market, she says, “But we also have innovative new models like CloudArena.”

HemenKiralik’s attention towards the Russian market and investment in Evim.net by a Russian VC also demonstrates the tie between the Turkish and Russian ecosystems, which Dayinlarli attributes to tourism and financing concerns. Russian tourists, she notes, often travel to southern Turkey, a ripe location for HemenKiralik’s business.

Likewise, Russian investors see a great opportunity in the Turkish domestic market. “If you’re looking for big money, you look to Russia or the U.S., but it’s harder to get money from Silicon Valley,” she says, adding that in Turkey there are several new Series A and B investors, but almost no C or D investment is available; Russian investors have started to fill that gap.

It's clear that most startups, like Evim.net, initially don't need to look outside the Turkish market, which boasts a population of over 70 million, and high and growing credit card and internet penetration. Yet, with a unique proximity to the Arab world, Europe and Asia, international expansion is a natural next step; when we spoke with 212's companies last year, every single one mentioned the Arab market. Diyanlarli admits that it may actually be easier to expand into Russia, however, especially for startups like HemenKiralik, for which each country is a completely separate challenge on the ground. Perhaps the Arab world won't be getting another AirBnb-style startup just yet.