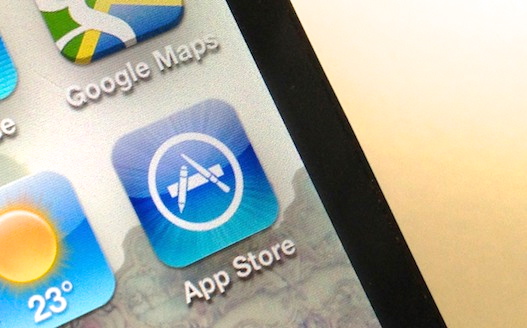 This wouldn’t be so interesting if there was actually an official app scene in Morocco. Yet, according to the ANRT, the National Agency of Telecommunication's Regulation, only 16% of mobile users in Morocco have a smartphone, accounting for 15% of the overall population, far behind most other Arab countries. Why is this? Perhaps it’s because there's no legal way for Moroccans to download mobile apps.

No app stores, no apps?

It's a bit of an anomaly in the Arab world; Apple, Google, and Microsoft have simply not entered the Moroccan mobile market.

For Apple, the issue might be that the market is simply too small, says Youcef Es-Koury, the organizer of BeMyApp. But all other Arab countries, even those with lower smartphone penetration and smaller markets, have their own App Stores - with the exception of Libya, Syria, and Iraq. Despite the fact that Méditel, Morocco’s Apple-licensed phone carrier, sells the full range of iPhone products, there is no Moroccan App Store.

Nabil Ougrirane, a disappointed iPhone user turned amateur investor, claims that this is due to Moroccan legislation stating that a foreign company has to create an entity registered in Morocco in order to engage in commercial activities within the country, something that Apple just doesn’t want to do, he adds. It remains to be seen whether this is actually true; nobody I spoke to could confirm his hypothesis.

Until a year ago, there were only two options for buying apps:

Méditel and Diagone, a licensed Apple reseller, both sell iTunes cards, but barely promote them. Moroccan users can buy those cards with cash in stores, but downloading apps legally has a price.

The situation is slightly better for Android and Windows phone users. Users still can’t download paid apps, as these are usually sold in foreign currency and the Moroccan dirham is not convertible. But, because the app marketplaces aren’t country-specific, they can easily download free apps, which partly explains why Android is quickly becoming as popular as iPhones, says Billel Bara, Digital Marketing Manager at Méditel.

Despite limitations, the app market is still growing

Mobiblanc first started working with insurance companies and telecom companies whose international branches already had apps, , says Benboubker. Now his app agency is working with a larger range of companies, including radio stations, banks and gas station chains. Total’s app, for instance, lists their gas stations across the country, and Méditel and BMCE bank let you manage your account via mobile. 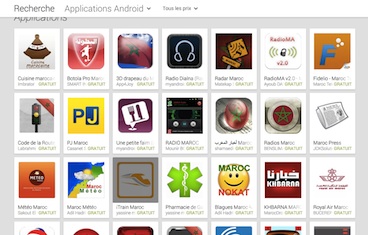 Independent developers still develop smaller apps, like those listing the opening hours of Moroccan pharmarcies, train schedules or local restaurants, but Benboubker is disappointed by the lack of mobile games and more creative, low-cost apps.

There are always ways to make cash from apps, says Bara, but they remain, for the moment, too complicated and expensive for independent developers to implement them. Bara mentions, for example, surcharged text services that can be used as a substitute for in-app purchases, but the fees are prohibitive. Benboubker is optimistic that mobile ads will soon be an option, but not before 2015.

The biggest hope for independant developers remains the launch of a billing operator system in which clients will be charged for their downloads on their monthly mobile bills. According to Bara, Méditel is currently in discussion on this front with Apple and Google.

On top of monetization, developers have no place to promote their apps without a Moroccan app store. Currently, they can only advertise through location-targeted ad campaigns on iAd and AdMob, Apple’s and Google’s advertising networks respectievely, and Facebook, says Benboubker. But this might change in the near future as Méditel is set to unveil Méditel Apps a free mobile app aggregator (sort of a makeshift app store for Morocco).

Over the past few years, several competitions have popped up to encourage independent developers:

Competitions of this kind continue to encourage and support enthusiastic independent developers. As they create more and more quality apps, perhaps Apple, Google, and Microsoft will begin to open up their app stores for more flexible development and monetization.