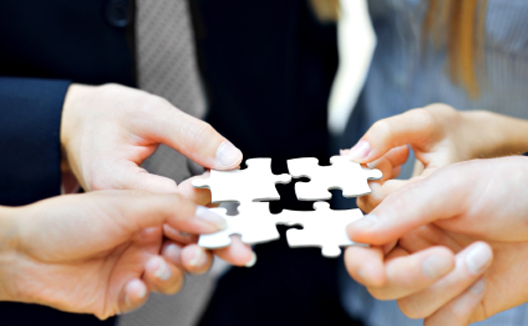 While most startups in the Arab world are aiming to enter the Saudi market, its own entrepreneurial scene is slowly emerging.

One of the largest Saudi investment and real estate firms, Naif Saleh Al Rajhi Investment, has now come on board to support the trend and invest in Saudi startups, to help the ecosystem grow.

When it comes to the banking, finance and real estate, the Al Rajhi name is well-known in Saudi Arabia. Al-Rajhi Bank is one of the biggest in the Middle East, ranking first on a list of the top 50 banks in the GCC in 2012; it's also the largest Islamic bank in the world.

After graduating from business school in Saudi Arabia, Naif Saleh Al Rajhi, the son of Al-Rajhi Bank co-owner Saleh Abdul Aziz Al Rajhi, launched his first real estate company. The company, named Abraj (not to be confused with Abraaj Capital), built the Time Place Tower, one of the first tours in Dubai, in 2003; it closed down not long afterwards.

While trying to expand and provide services for his companies, Al Rajhi began investing in small startups and supporting entrepreneurs to diversify his investments.

“We look for startups that add value to the Saudi society and contribute efficiently to the education and edutainment sectors," says Abdulrahman Hallak, Vice President and Chief Investment Officier at Naif Saleh Al Rajhi Investment.

Following our latest Mix N'Mentor event in Riyadh, where Naif Saleh Al Rajhi Investment were sponsors, Hallak reveals what the investment firm, and Naif as an angel investor, look for when they fund startups. Thus far, they've invested in Waraqat, a bookshop and coffeeshop designed to motivate Saudi youth to read, Rayz, an e-marketing and social network management company, and Kinda, a media company that hasn't launched yet, but will publish interactive books, TV programs, and cartoons, for kids.

Below are six important elements Hallak and Al Rajhi look for while getting to know entrepreneurs:

“We receive dozens of pitches every day, and it takes a lot of effort to decide whether to invest in one,” says Hallak. The team usually asks for a business plan, and then decide whether to continue with a due diligence process.

“We know that meeting the entrepreneurs might change our perspective when we look at a startup, but this comes as our last step,” he explains.

When it comes to creating startup-friendly investment terms, Naif Saleh Al Rajhi Investment remains a traditional investor; they take an average of 50% equity, says Hallak. "It's not that we need the money, but we think this is only fair as investors,” he explains. Some Saudi startups may be willing to give up half of their companies, if startup capital is scarce, but in due time, perhaps these terms will evolve to become more supportive of startups that want to scale and take on future rounds of investment.