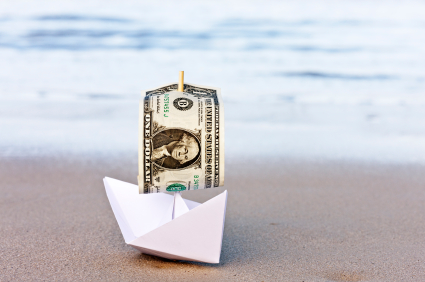 We all know that venture capital (VC) works well in Silicon Valley; most of the biggest tech companies, including Intel, Google, Yahoo, Facebook, and the vast majority of startups there, are funded by venture capitalists.

But with VCs becoming more active across the Arab world, have their investments really been effective in the region? And are VCs following through on their investments correctly? Thinking about startup investment in the wrong way could jeopardize the momentum of the region’s ecosystem. Here are a few ways that VCs can encourage more startups and improve the state of venture capital in the region today.

First, the word “startup” gets thrown around a lot. It’s important to make a distinction between startups, as companies that explore and iterate to find completely new profitable business models, and traditional companies, that rely on more standard, proven business models.

For example, when Apple invented the first Personal Computer (the Apple I), it was a real startup. The business model for selling weak computing devices for personal use (not the big, powerful mainframe computers sold to companies) had not been tested before; Apple was a pioneer.

On the other hand, when manufacturers bought the IBM license to create cheaper PC-compatible computers, these were simply “traditional” new companies, operating with a validated business model, and trying to optimize their operations to be profitable. Perhaps the early manufacturers were startups, but later additions were simply building within an already established sector.

The role of Venture Capital

As investors, VCs try to hedge their risks. The chance of finding a startup model that works might only be 1 in 20 or 30, so investors may fund 20-30 startups in hopes that at least one will succeed.

If one of the parties hits it big with a viable business model, the VC can try to do one of two things: either call in more investors to help scale the company and hire executives, or notify larger companies who would acquire the startup to scale their impact and truly dominate the market.

But here’s why this process gets tricky in the Arab world:

The Arab internet industry is an ocean

In the region, internet-based startups are functioning in a sort of ocean; there is a huge market with open opportunities, but few deeply established competitors.

While the e-commerce business model has been proven worldwide, it’s difficult to find e-commerce sites in the Arab world that have been able to tackle all of the logistical issues that come with selling online. There are many small sites with limited inventory, and some upcoming niche success stories, but there is still room for growth and customer awareness.

The opportunities are clear; internet penetration in the Arab world is the fastest growing in the world, and Arab users account for almost 5% of internet users worldwide. Yet, only 1.8% of the top 1000 sites in the world are targeting Arabs.

The downside to this ‘ocean’ is that the lack of established companies actually makes it harder for startups to succeed.

Where there is a lack of large companies, startups that succeed in finding a viable business model don’t have the option of acquisition; they must grow until they reach outside of the region. This puts huge pressure on a startup, and many good ideas fail in the growth process, where they may have succeeded or been bought elsewhere.

Let’s say, for example, that Intel has a 4-step process for manufacturing central processing units (CPUs), and each step costs billions of dollars. If a startup develops a new method for creating CPUs in only 3-steps, Intel could jump on the opportunity and acquire the startup, and immediately “monetize” this discovery. However, if Intel doesn’t exist, this poor startup might be forced to scale into a CPU manufacturing company just to take advantage of and “monetize” their discovery, a process that is extremely hard even for the best of companies.

But the lack of established companies in the region is only temporary; as internet penetration booms, we’ll hopefully start to see young web companies grow into new tech giants that can pave the way for smaller startups.

Is VC the right investment model in the Arab Region?

In a nutshell, yes, if VC is done correctly. The Arab internet market can flourish with experienced and disciplined VCs with a clear vision. The tactic of making many small investments with inexperienced founders - a move known as “spray and pray” - has proven ineffective.

And since we already have a good sense of which business models have been proven globally, we don’t have as much of a need to focus on startups that are trying to mine for completely new models; mature investors should focus on creating sustainable companies with almost-proven business models (still a startup, but with hedged risk).

Building these companies will take patience and discipline, two traits that unfortunately many young entrepreneurs don’t have; many think it’s just about innovation and creativity. In such a nascent ecosystem, entrepreneurship is actually about being steady and scientific in reducing risk while focusing on building a sustainable business.

The good news is that being in an ocean will allow some internet companies in the region to grow exponentially in a short period of time. As more of these become established companies, it will become easier for startups to get acquired or exit, thus opening the market for smaller high-risk startups and small investments, which will in turn push investors to increase funds in the region, and the cycle will snowball.

Hopefully, this will result in a big internet startup boom; recent indicators point to this taking place in the coming years.

In 2010, for example, total VC investments in startups was at $9 million. In 2011, investments reached $18 million, and then a whopping $124 million in 2012, a 600% growth. Governments can help greatly by attracting experienced VCs to kick-start the cycle through fund-matching and fund-of-funds programs, as has been done in Canada and Malaysia.

But, to make the boom happen, we need to focus on altering globally proven business models, building strong and resilient founders, and finding experienced and patient VCs, willing to take the time for the ecosystem, and their startups, to mature.